Familiarize with the compendium of knowledge that we have prepared for you. 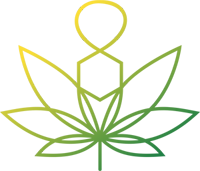 The medical use of cannabis

The medical characteristics of cannabis have already been known and practiced in ancient China and India. This plant was a common drug and panacea for various types of diseases. Cannabinoids, including CBD, with a very wide spectrum of activity and no side effects are responsible for the medicinal qualities of medical cannabis. It is safe and well tolerated by both human and animal organisms. It helps fight many diseases and ailments. It can serve as a versatile therapeutic and preventive agent. Unlike THC, it does not have addictive properties. It does not belong to psychoactive compounds, and its overdose is impossible. Medical marijuana is legal in as many as 28 US States and many European countries. In Poland there is a possibility of using CBD (THC below 0.2%) as an adjunct in the therapy of diseases of various causes.

It inhibits the development and multiplication of cancer cells. Perfectly soothes the side effects of chemotherapy and radiation. It strengthens and regenerates the body. It helps to restore the proper function of individual organs.

It soothes and eliminates the symptoms and effects of allergies of various origins.

It reduces the symptoms of stomach nausea, eliminates vomiting and stimulates the body to metabolize properly.

It fights mental disorders, eliminates stress, stimulates the neurological system to regenerate, protects the nerve cells and has a relaxing effect.

Has anti-inflammatory and soothing effects on joint pain.

It has pain-relieving effect after all kinds of mechanical injuries, migraines, chronic pains and neuropathic pains resistant to pharmacological drugs.

Due to its relaxing properties, it is a strong antidepressant, relieves anxiety, neurosis and eliminates stress, and thus psychosomatic diseases.

The use of CBD from hemp:

CBD and other cannabinoids

The endocannabinoid system is a system possessed by all vertebrates. According to scientists and biologists, it is estimated that it began to shape about 600 million years ago. As a result of evolution, it is constantly improved. Cannabinoids play important functions in the human body. First of all, they control the nervous system and thanks to worlwide research it is assumed that they play an important role in neurogenesis. This means that they affect the process of creating new nerve cells. According to the theory of Prof. Melamede from the University of Colorado – the endocannabinoid system is a kind of harm elimination system and we need it to maintain the homeostasis (balance). There are two types of CB1 and CB2 receptors in the body. The former are found in the spinal cord and brain, with the exception of the brainstem. CB2 is found in the cells of the immune system.

PHYTOCANNABINODS are phenolic terpenes produced by plants of the Cannabis species. The most identified phytocannabinoids (there are over 140) are:

It is a psychoactive substance but in a ratio of <0.2 it is completely safe for the body and (depending on the type, plant variety and dose consumed) has a calming, euphoric, analgesic effect, reduces intraocular pressure, relaxes muscles, and stimulates appetite.

Has anti-depressant effect. Relieves the symptoms of multiple sclerosis, ma dzia³anie przeciwnowotworowe i przeciwgrzybiczne. It is helpful in rheumatoid arthritis. It alleviates anxiety and helps in dealing with the depression. Has a positive effect on bone growth. Protects the brain. Helps in insomnia. Protects against all kinds of bacteria and viruses. Reduces the risk of getting diabetes. Relieves pain and nausea. Regulates blood pressure, reduces the risk of developing circulatory system and heart diseases. It is helpful in the treatment of schizophrenia. Reduces seizures and helps in the fight against addiction.

Is a precursor to CBD cannabinoid. It activates the cell receptor in the brainstem, which is called 5-HT1A and is one of several serotonin receptors. In addition to antidepressant effect, this receptor is also important in reducing discomfort associated with nausea and vomiting. Thus it has the ability to mitigate the effects of chemo and radiation therapy. It also has strong anti-inflammatory properties and reduces the risk of metastasis in cancer.

Is a precursor to CBD cannabinoid. It activates the cell receptor in the brainstem, which is called 5-HT1A and is one of several serotonin receptors. In addition to antidepressant effect, this receptor is also important in reducing discomfort associated with nausea and vomiting. Thus it has the ability to mitigate the effects of chemo and radiation therapy. It also has strong anti-inflammatory properties and reduces the risk of metastasis in cancer.

It is a precursor to three main branches of cannabinoids: THCA, CBDA, CBCA. It is classified as a substance that has no psychoactive effect, but it has strong anti-fungal, anti-bacterial and anti-microbial properties. Stimulates neurogenesis and inhibits the growth of cancer cells.

Often has the name so-called “stem cells” of cannabinoids. Thanks to this substance CBD, THC and CBC is created.

Has anti-epileptic and anti-inflammatory effects. As a natural antibiotic, it works strongly against Staphylococcus aureus, which is resistant to metycyline. Supports bone regeneration after injuries. Stimulates the appetite. Works anti-asthmatic. Supports glaucoma treatment. By acting on the central nervous system it acts as a sedative. It works perfectly in methods supporting the treatment of breast cancer.

The extraction method using specific solvents is used to obtain CBD and other cannabinoids from hemp. The most popular are:
-alcohol
-supercritical carbon dioxide – CO2

Alcohol is a solvent formed as a result of plant fermentation. Extracts both polar and non-polar chemical bonds contained in the plant. Due to the fact that it is completely natural, it does not affect the original chemical proportions of the plant and allows the extraction of soluble ingredients in both water and oil.

CO2 is an inorganic chemical compound from the group of oxides in which carbon occurs in the oxidation state 4, and at room temperature takes the form of a colorless and non-flammable gas. Carbon dioxide is used by plants in photosynthesis. It is formed by the oxidation and fermentation of organic substances. Extraction with CO2 dissolves only non-polar chemical compounds of the plant, thanks to which the extract is clearer due to the lack of chlorophyll content. Rather, it does not require another purification process.

Sources of the compendium:

You can find out more about which cookies we are using or switch them off in settings.

This website uses cookies so that we can provide you with the best user experience possible. Cookie information is stored in your browser and performs functions such as recognising you when you return to our website and helping our team to understand which sections of the website you find most interesting and useful.